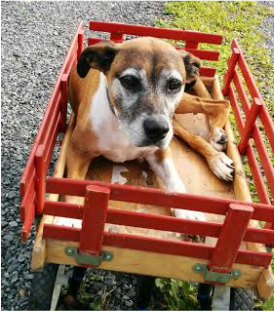 WaterGate Farm is home to our beloved rescue dogs and cats, who we are lucky enough to be the proud parents of.
We strongly encourage all who are looking to add to their family, to adopt and rescue, not to buy.

​Floyd - aka Floydie, Floyd-a-boyd.
11 year old male Amstaff /Boxer. Adopted at 6 months of age from Lillian Albion shelter in Amherst, NS. Floyd has Degenerative Myelopathy which is a terminal, genetic condition that has left him fully paralysed, so his visits to the barn are carefully controlled for his safety.​ His strength and courage through the many adversities he has faced in his life are truly awe inspiring.
Our precious boy died at home on Saturday September 3, 2016. We are devastated to no longer have him to hold and kiss, but hope with all our hearts that he is able to run with wild abandon showcasing his huge smile, as he so loved to do.

Sydney- aka Snydthistle, Snoodapus.
10 year old female German Shepherd. Adopted at 12 weeks of age from East Coast German Shepherd Rescue. Sydney just completed chemotherapy for high grade mast cell tumour cancer, which is why she has many shaved areas on her body, not to mention a foot with one less toe, which has not slowed her down one bit though!

Fiona - aka Feefers, Feeferbeeper.
7 year old female German Shepherd. Adopted at 12 weeks of age from East Coast German Shepherd Rescue. Fiona is the Farm greeter and takes her job very seriously. She loves to play with her many toys at the barn and attempts to get all involved in her games, whether they wish to or not! Fee is my constant barn companion and the best assistant around.

Demi - aka Pig, Piggie.
5 year old female Amstaff. Adopted at 6 months of age from East Coast German Shepherd Rescue. Piggie loves all humans, so much so that she can be a bit over enthusiastic in her greetings. She is our only dog that has to be kept on a leash when outside, but makes appearances at the barn with her father.

Ella: aka Ella Bella
14 year old female silver tabby adopted from the NS SPCA.
Ella was pregnant when she came into our care and subsequently gave birth to 3 beautiful babies.
We then adopted all 3 babies and mom, taking our cat family from 2 to 6 in a matter of days!
Ella was spayed as soon as she was healthy enough to be, to ensure no more kittens were born.
Our sweet Ella kittie passed away on November 14, 2016. She was such a tough little girl who faced many adversities in her life but was always positive and loving. I know her darling daughter Pandora and her are reunited.

Stimpy: aka Stimpy Bo Bimpy.
13 year old black and white male. Stimpy was the first born of the litter.

Renfrew: aka Renny
13 year old black and white male. Ren was the baby of the litter.

Pandora was the only female to be born, and was black with green eyes. She sadly developed tongue cancer at the age of 7, which was not treatable, and passed away within weeks of the cancer appearing. We miss her terribly.

Kitten and Snoopy, my 2 cats, moved from the city with me when we purchased this property, and got to enjoy many years at WaterGate Farm, as our family continued to grow. 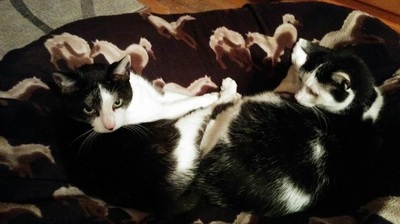 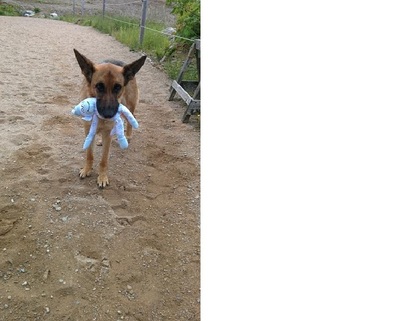 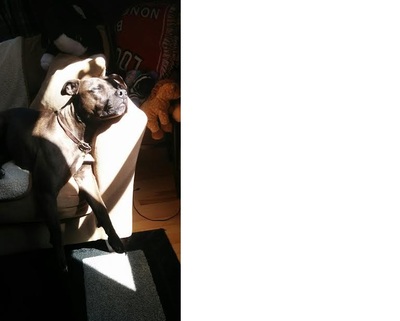 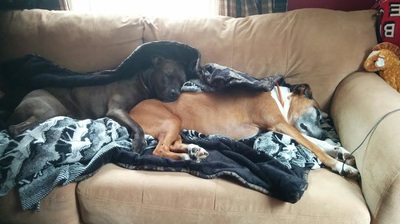 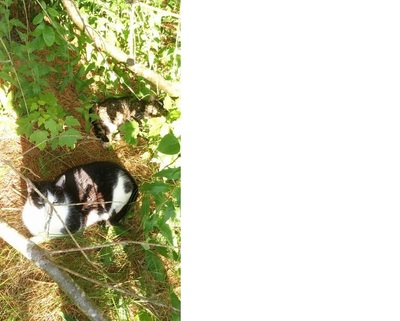 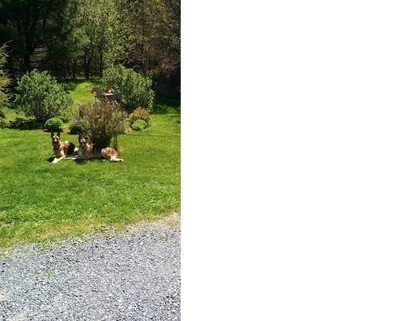